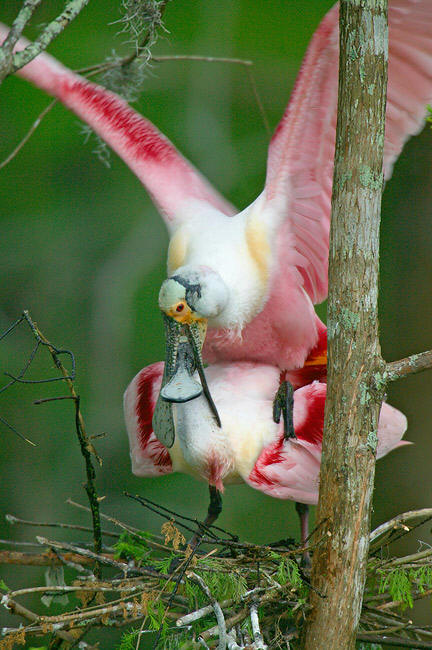 CORDOVA SHOREBIRD FESTIVAL
I am honored to be the keynote speaker at the Cordova Shorebird Festival, May 5-8, 2005.   In addition to the keynote ("A Bird Photographer's Story)" I will also be presenting "A Passion for Shorebirds" and a 3 1/2 hour Nature Photography seminar.  But the big attraction will be the 4-6 million shorebirds that visit the Copper River Delta peaking in early May...  The town of Cordova is a remote, working fishing town, that is not yet much affected by tourism...  You can find the schedule here:
http://www.cordovachamber.com/index.cfm?linkID=423&showcontentlinkID=423&showtertiarylinks=true&primarylinkID=352&secondarylinkID=423
For additional information, you can contact Milo Burcham at: mburcham@fs.fed.us
If you make it up there, be sure to say "Hi." Roseate Spoonbill, Lake Martin, LA
Image copyright May 2004:  Arthur Morris/BIRDS AS ART
GITZO CARBON FIBER TRIPOD MAINTENANCE
Over the years, I have had lots of problems with a variety of Gitzo tripods, both the older metal ones and the newer Carbon Fiber models.  All of the problems were my own fault, as salt water and sand do not go well with tripods of any kind...  I once sent four Gitzo metal tripods to Bogen to be refurbished and they sent me a note stating that, as they were far beyond repair, they had simply put them out with the trash...  When I switched to the lighter Carbon Fiber models, I had some similar problems.  Someone suggested coating all of the threads with lithium grease.  I tried it and it worked fairly well, but on occasion the legs still stuck...  Then Neil Kaufman, my bluejay-bud from Louisville, KY, suggested a cure for that.   Below is a description of how we maintain my four Gitzo CF 1325s.   The distributor, Bogen Photo Corp. does not recommend our procedures, in fact, they would probably be aghast, so try the method below at your own risk.  All that I can say is that the system has worked almost perfectly for me despite the fact that I routinely take my tripods into relatively deep saltwater...
First, we disassemble all of the leg sections by removing the six locking rings and all of the bushings.  Then we clean everything, the legs and the bushings, with a good solvent like turpentine.  (Be sure to work in an open area and to put out your smokes...)  Then we use liquid marine wax and coat all of the exposed surfaces.  This keeps dirt from adhering to the legs and lets them slide easily.  Then we cover all of the joints, threads and bushings with gobs of lithium grease which is available from any auto parts store for a few bucks.  Then we put the whole thing back together.  I own four of the 1325 tripods and we do the maintenance about every three months unless I have been in a lot of salt water in a short time. It is a lot of effort but is well worth it.  If you do not follow these steps you will
eventually have to replace a whole leg section or two for about $300/per!  (Something on the inside gets anodized, even with the CF tripods.)
Good luck! 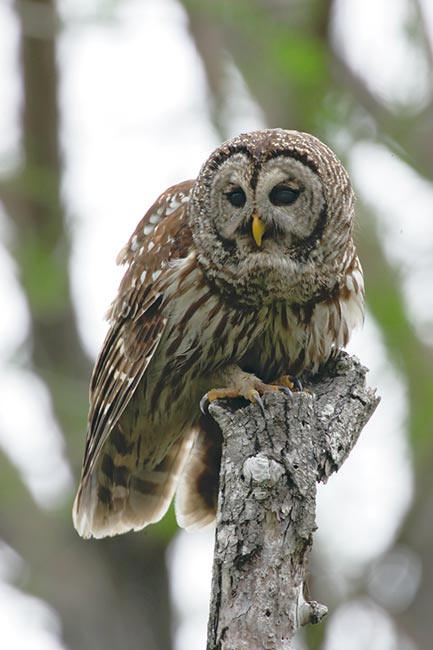 Best, and love and great picture-making to all,
Artie